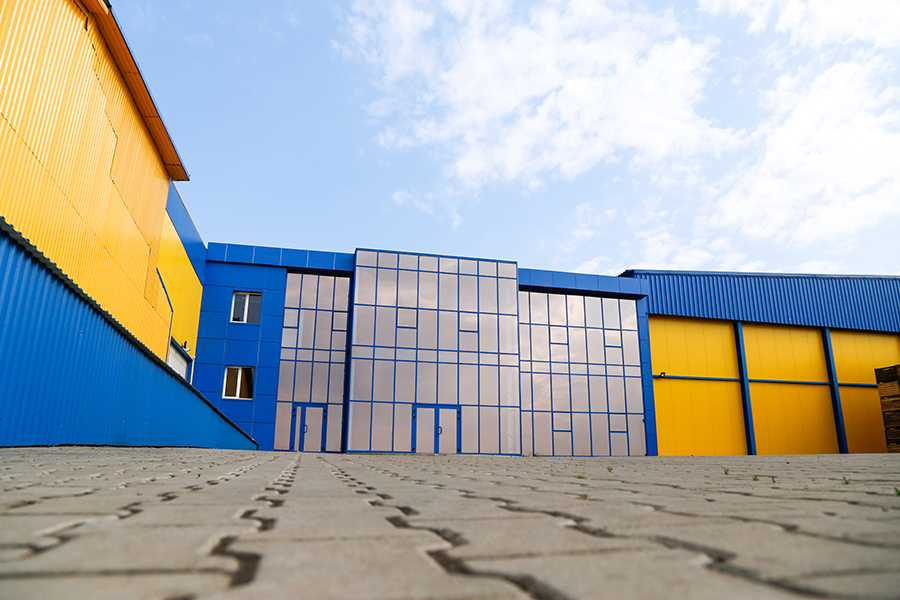 The farming enterprise "Gadz" was established on October 20, 2011 and specializes in fruit cultivation.
Between 2012 and 2016, more than 600 hectares of orchard were planted with seedlings grown in Europe. In the future, it is planned to increase the area of the orchard to 2,5 thousand hectares, in addition a laid nestorium of fruit trees with an area of 50 hectares. Production of 1 million seedlings is planned annually.
The elements of the technology are the use of dwarf rootstocks, new productive varieties, drip irrigation and garden maintenance on a tapestry. The main varieties of apple trees are: Gala, Red Chiff, Golden Delicious, Red John Prince, Idared, Fuji, Champion, as well as other intensive varieties; Pear - Conference, Plum - Stanley.
In 2013, the farm was put into operation a fruit storage facility, and in 2015 a modern refrigeration and sorting complex with a total area of 5250 m2 was constructed, in which sorter li ne Sorter company is located, allowing to sort the apple by caliber, color and weight.
And in December 2016, a refrigeration complex with a regulated gas environment (RGS) with a capacity of 6,5 thousand tons of storage was opened.
Today it is planned to build the next queues of the storage facility with a regulated aerated environment with a total capacity of 40 thousand tons with a more powerful sorting line and infrastructure for the processing of fruits and berries.
During the 2018-2019 season, our farm became the leader among the Ukrainian companies in exporting apples to countries in Europe, the Middle East and Asia. We will not dwell on the achievement and continue the trend of the company's development in the right direction.